Here are some pictures from Nari's (and mine) first UKC show in Athens, TN on April 18-19th. She did an amazing job, taking two G2 and one G3. Okay, so there were only 3 dogs in the Northern group, but it was our first show.
This is Nari before the show: 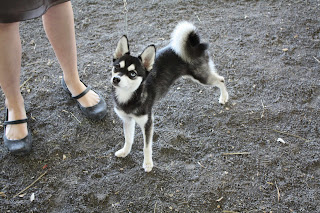 Nari in group. I love this picture, she looks so tiny next to that mal: 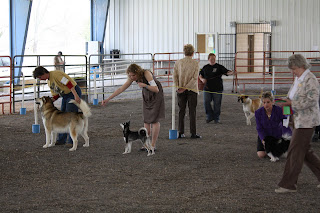 Nari during judging - she was so still - I was so proud of her: 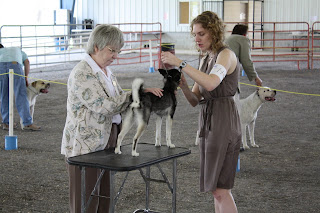 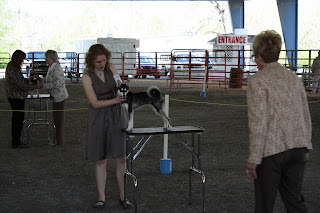 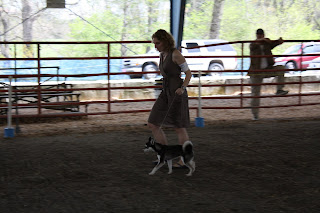 Posted by Steffi at 7:13 AM No comments:

We just got an amazing digital camera. Here are a couple of pictures Aaron took at Frozen Head State Park. He is still trying to figure out how to use that camera.
Starbuck: 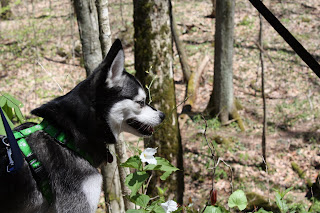 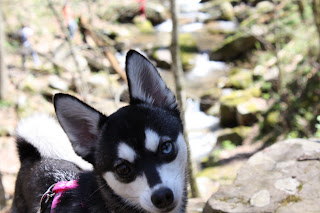 Posted by Steffi at 7:00 PM No comments: