This past weekend we headed down to Alpharetta, GA for the Sirius Dog Agility trial. I love this club and the facility. It's a covered horse arena with a sand/dirt footing that's always very nice. No slipping for humans or dogs. They also have walking trails as well as horse shows very close to the agility rings. I like take the girls to watch the horses during their warm up/cool down walks - we of course stay far enough away so the horses/riders don't notice us.

BIG news this weekend! Something insane happened since my last post. Nari woke up one morning AND RAN 20 FEET IN OUR YARD!!!! It has been nearly a year and a half since she did that!!! Then she started wrestling non-stop with Battlestar!!!! I have had to keep a close eye on those two because Battlestar would often try to play with Nari and since Nari wasn't feeling well she would get snippy towards Battlestar. But now that Nari is feeling so much better she has been playing all the time with Battlestar - even knocking her down and play biting the crap out of Battlestar.

Anyway… I only entered Nari in the tournament classes just to see what she could do. I only had a couple of weeks to try to get her in any kind of shape for the trial - basically did some conditioning work, agility consisted of straight lines of low jumps to try to build up some kind of endurance. Since we didn't have much time I didn't expect anything - just wanted to make sure she had fun and didn't want to force her to do anything. 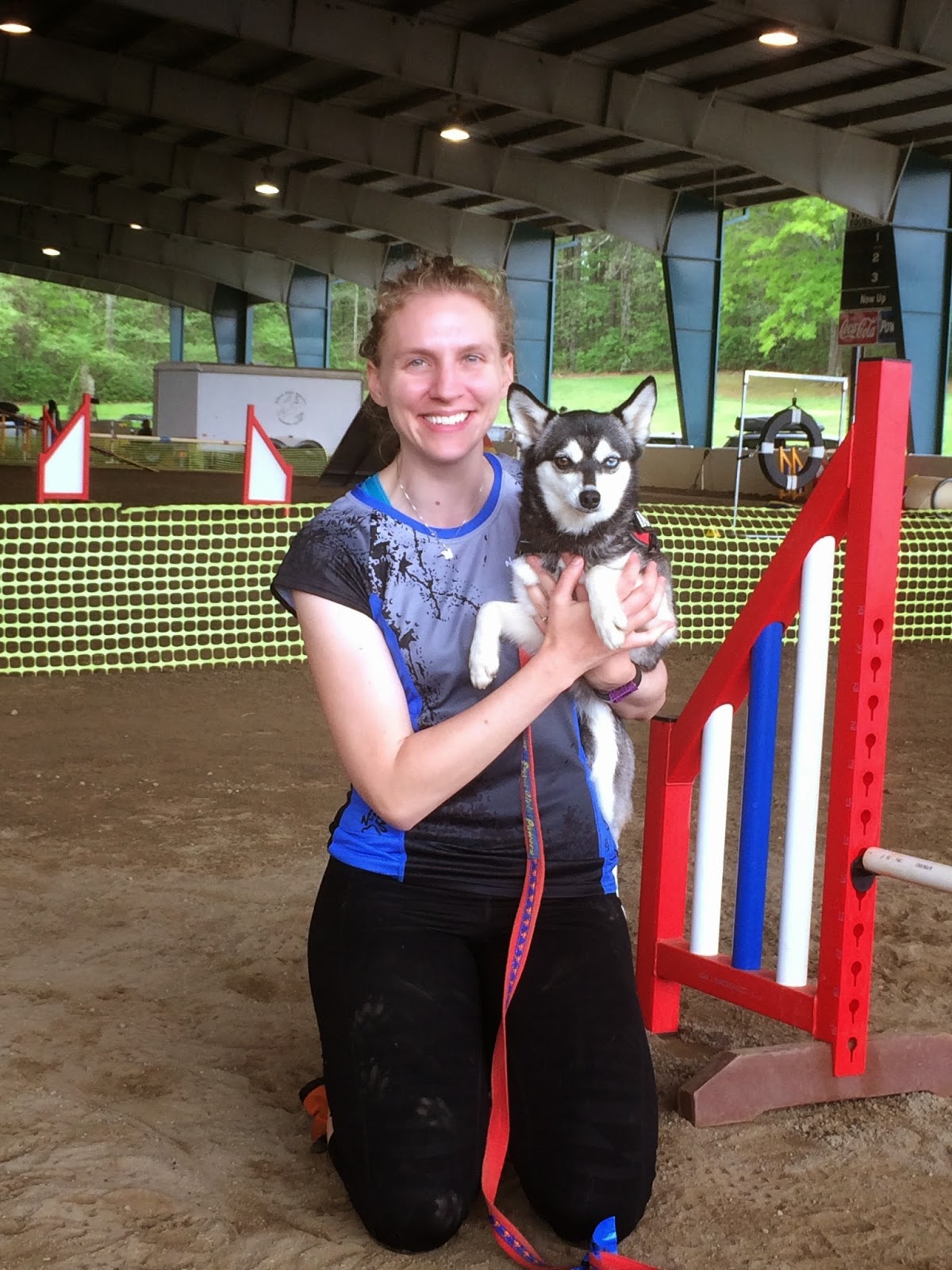 Well… Nari completely blew me away!!! She ended up WINNING 2 out of the 3 tournaments! She won both rounds of Steeplechase, bringing home $15, and won Grand Prix and a bye for Regionals. This means that she can actually enter Regionals and maybe just maybe we have enough time to rush and qualify for Cynosports.

I simply cannot believe it! It's like a dream come true. I was okay with her never doing agility again as long as she was still happy. But the fact that she is SUPER happy (haven't seen her this crazy and feisty in 2 years) and able to do agility is unbelievable!

Here's Nari doing what she loves - talking about how awesome she is at agility: 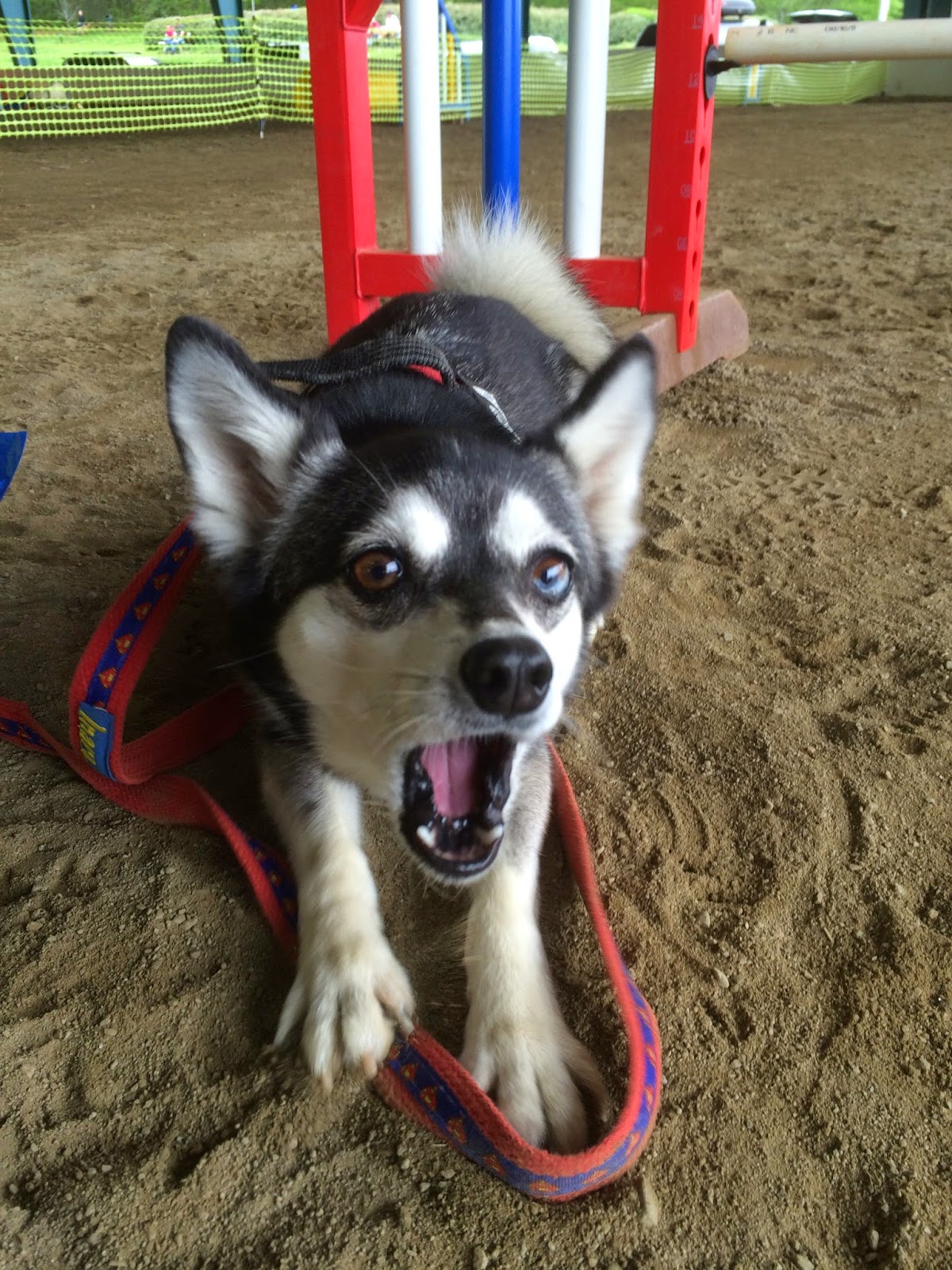 Now for a little Alpha report - the girl who was told she'd never do agility earned 2 titles this weekend - Advanced Jumpers and Starters Gamblers. Alpha is the very cutest on course. She pulls to get into the ring, as soon as I take off her harness she starts bouncing around and barking. Then as she heads towards the first jump she actually does a play growl at it - cutest thing ever! I wish I could get video/audio of it. She also likes to play growl at the A-frame, I'm guessing because it's her favorite obstacle. 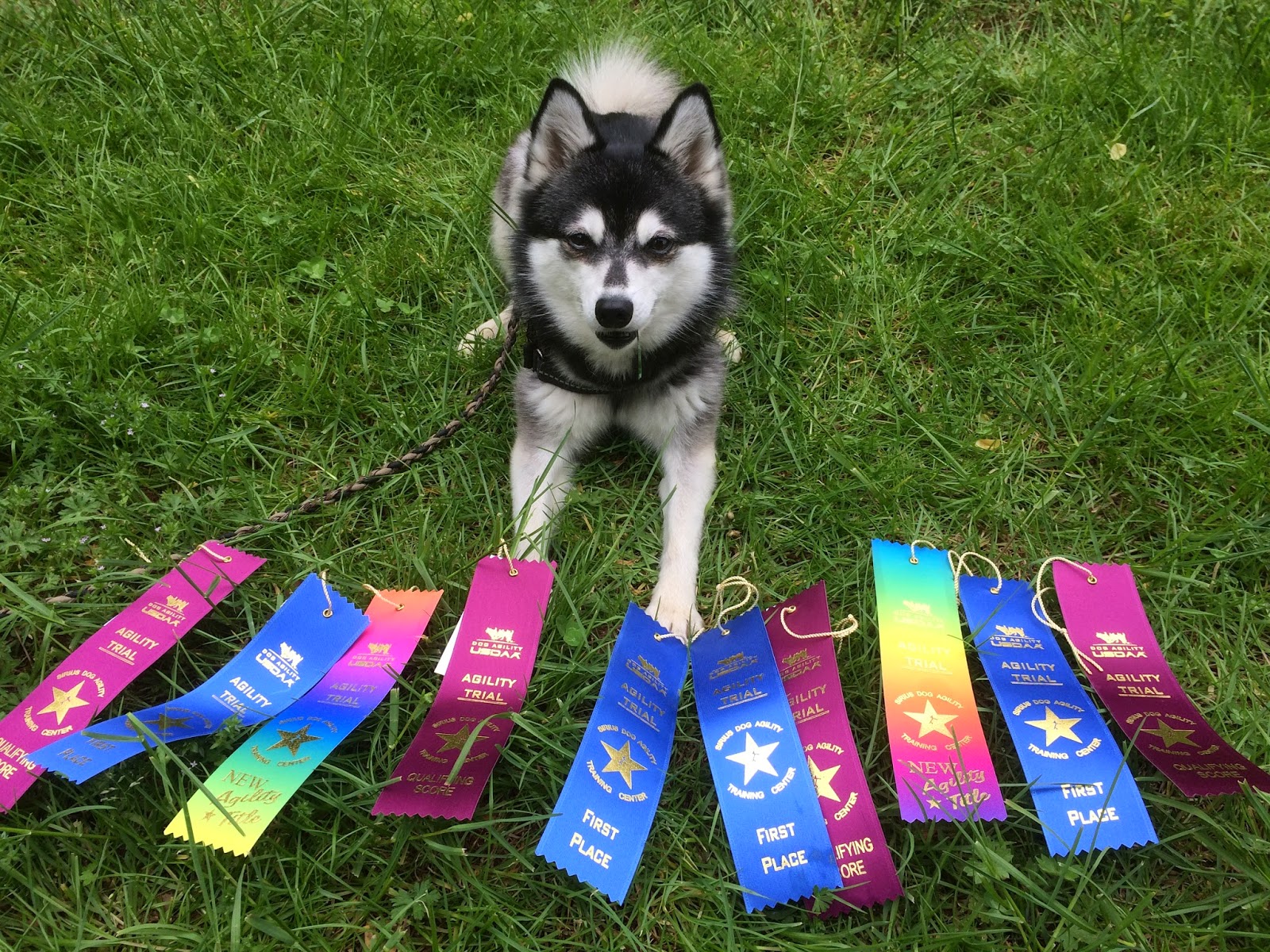 And of course I can't forget the rockstar Starbuck. She earned her first SuperQ - I ended up changing my plan after the walk thru and it actually worked. She also had some brilliant runs. She only needs either 1 MC Standard Q or a MC Biathlon Q and then she's qualified for all 4 tournaments for Cynosports this year.

The weekend was quite crazy and exhausting. I ended up taking all 4 dogs with me. My fitbit tells me I walked over 90k steps - between warming up/cooling down and entertaining Battlestar I really didn't have any time to just sit and relax at the trial.
Posted by Steffi at 6:53 AM 1 comment: