Well… life has been crazy lately but I'm going to try to start back with blogging lately.

Lately it's been a little hard for me with the pups. Nari has been sick on an off since last September. It's been really hard for here - she an extremely active girl and needs to get in her two daily long walks and lots of agility but she hasn't been able to for a lot of that time.

The mange and foot problems have been a pain to deal with. The infections and mange has made it hard for her to walk. I never appreciated just how important that fur is in-between a dog's pads. At one point she couldn't even walk in the house because her feet were so painful. And through all of this time it's been hard for her to even walk in the backyard. It just kills me to see all of this happening to her.

Despite all of these troubles, she had a brief moment during Purina ProPlan Incredible Dog Challenge (IDC) where she could actually walk on grass and compete. I was going to pull her because she wasn't back to 100% (still couldn't walk on a lot of surfaces) but 3 weeks before the competition I took her out to the field here and even though she struggled some she had the biggest smile on her face the entire time and the rest of the day so I let her compete. Her vet gave us the go ahead just for that weekend because we only had 4 runs in two days and the vet thought she needed her spirits lifted in hopes that it would help her heal faster. 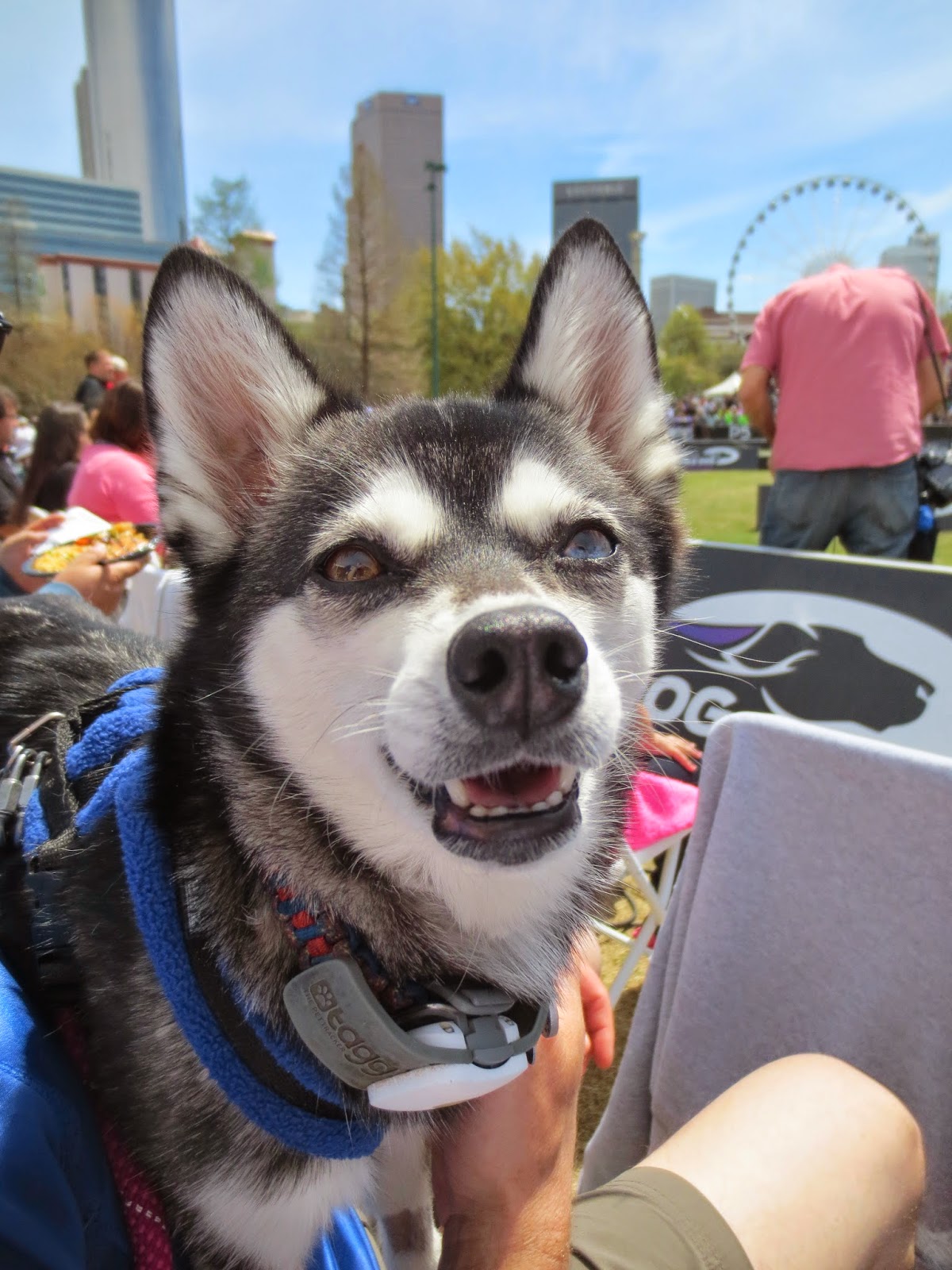 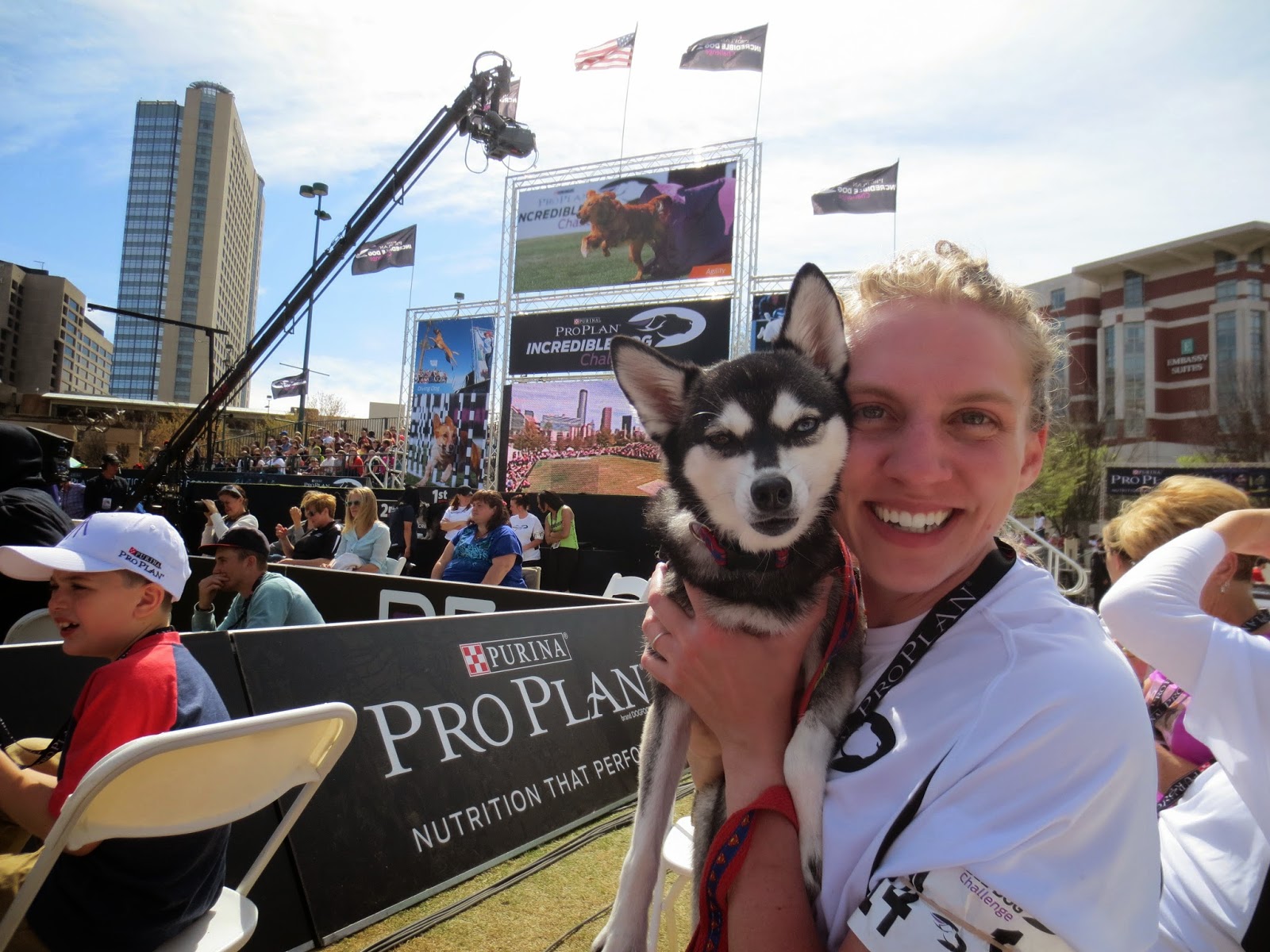 Another rough time she went through was two weeks before Incredible Dog Challenge she rubbed one of her paws raw - so she was back to only walking around in the house. Then, exactly one week before the competition she suddenly became very ill. I woke up to her vomiting many times over two hours and then she wouldn't respond to me - she was just staring at the corner and wouldn't move. So I rushed her to the emergency vet at the vet school and she was admitted to the hospital for lots of tests that day. X-rays, ultrasounds, etc. Nothing showed up in the tests so they determined she must have gotten an infection and sent her home with some meds and subQ fluids. 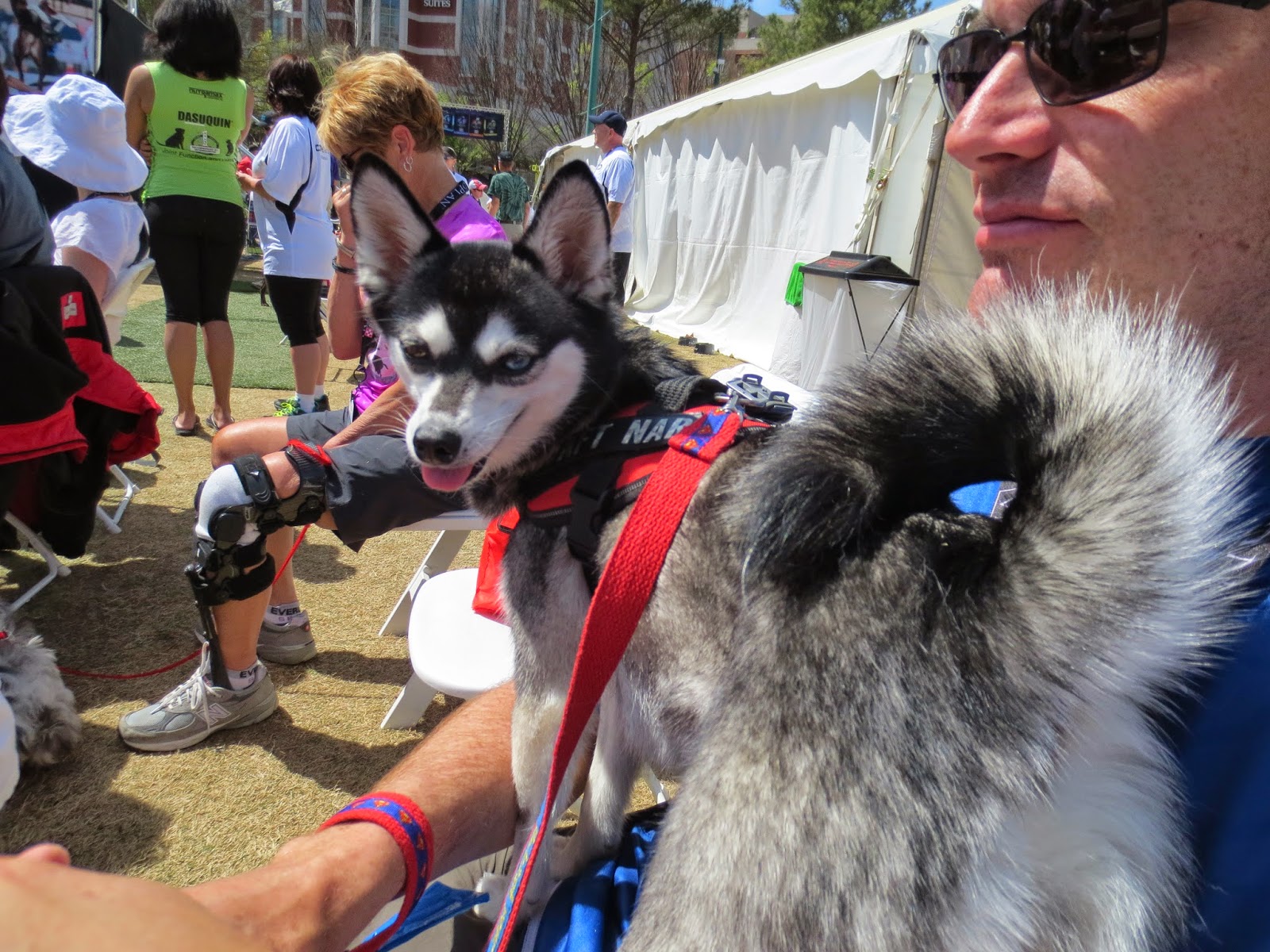 It really was a miracle that she was actually able to go to IDC at all but boy did she need it! 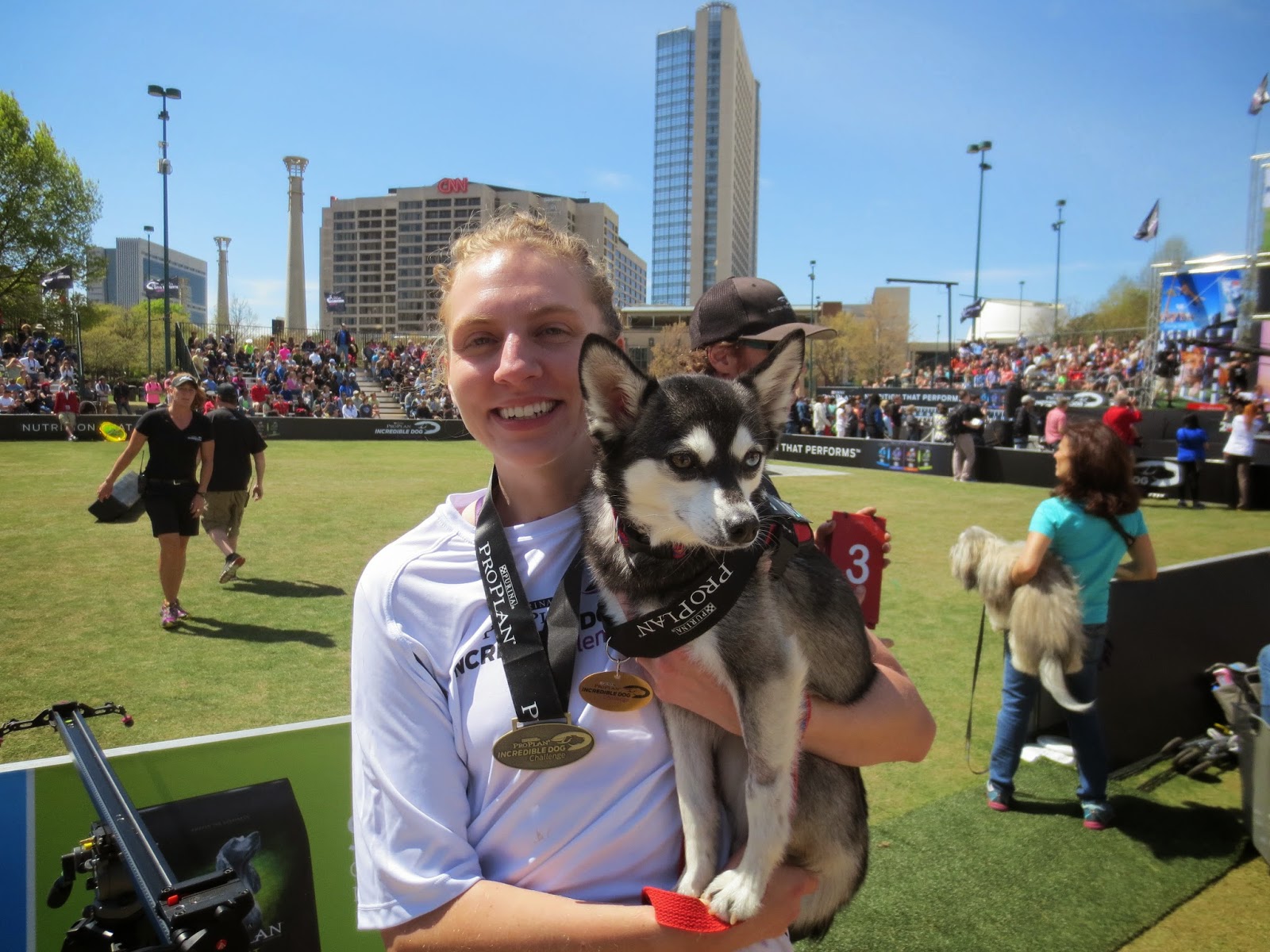 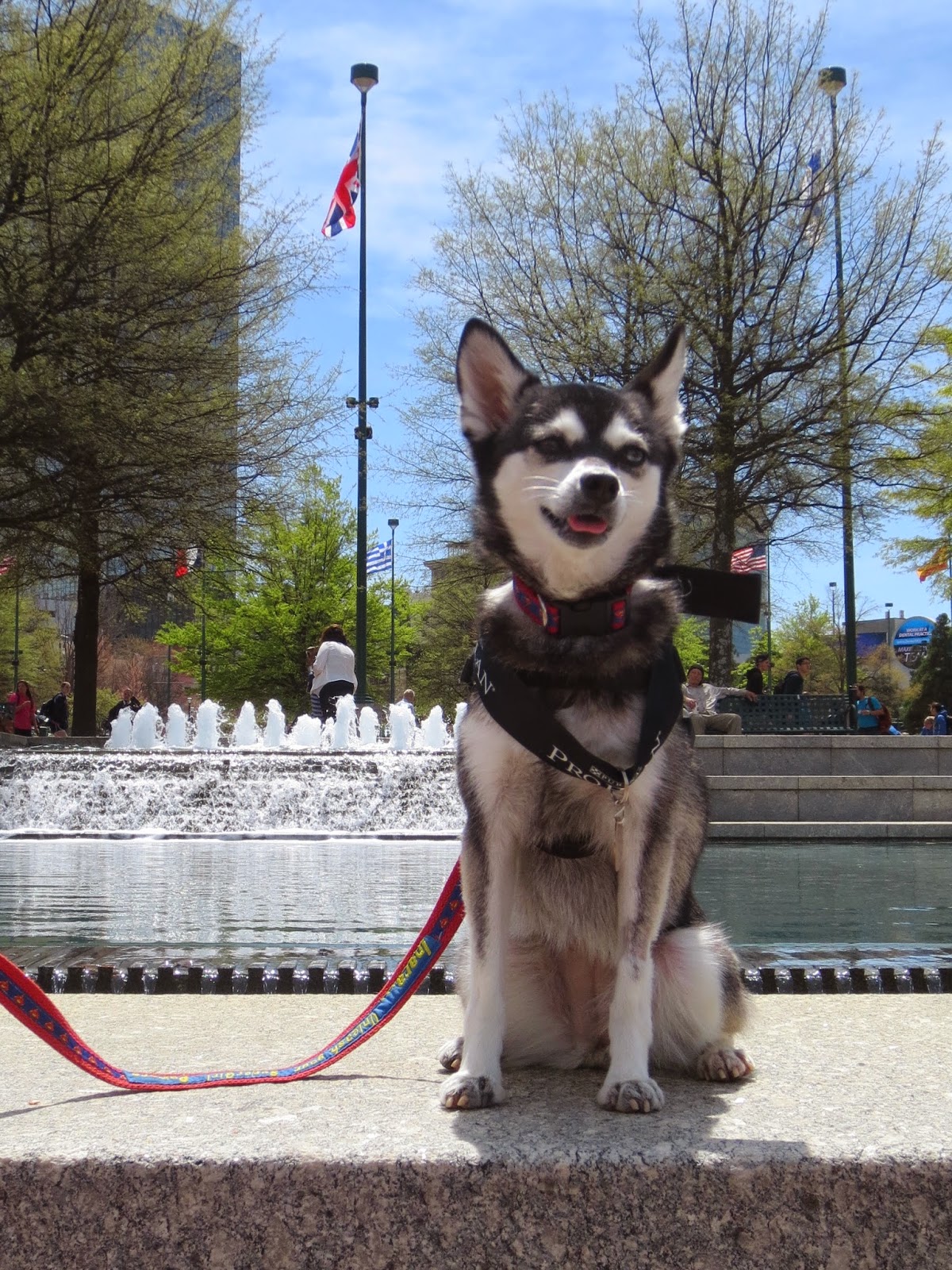 We just recently had a set back. She is having a hard time walking in our backyard (in some spots there is gravel+grass) and won't walk on the nature path in our neighborhood. I also caught her licking her feet again. She's going back to her vet at the vet school in a couple of days. It breaks my heart to see such an active, awesome little girl have to go through this for so long. We have only had two agility trials this whole year and I really haven't had the drive to go to any competitions. Right now we are taking an online handling class while she can still run on soft grass. Let's hope she still run on grass for a while and recovers soon.

Sorry this post is such a downer - now that I'm done venting I'll get back to upbeat posts soon.

What can I saw but WOW!! I first learned about agility when I saw the Purina Incredible Dog Challenge on TV. Imagine my surprise when out of the blue I received an invitation to compete at the event. Nari took 3rd place in the small agility dog competition. We've won and placed in several USDAA Regional Championships but the venues never had a podium and now we finally got our chance! 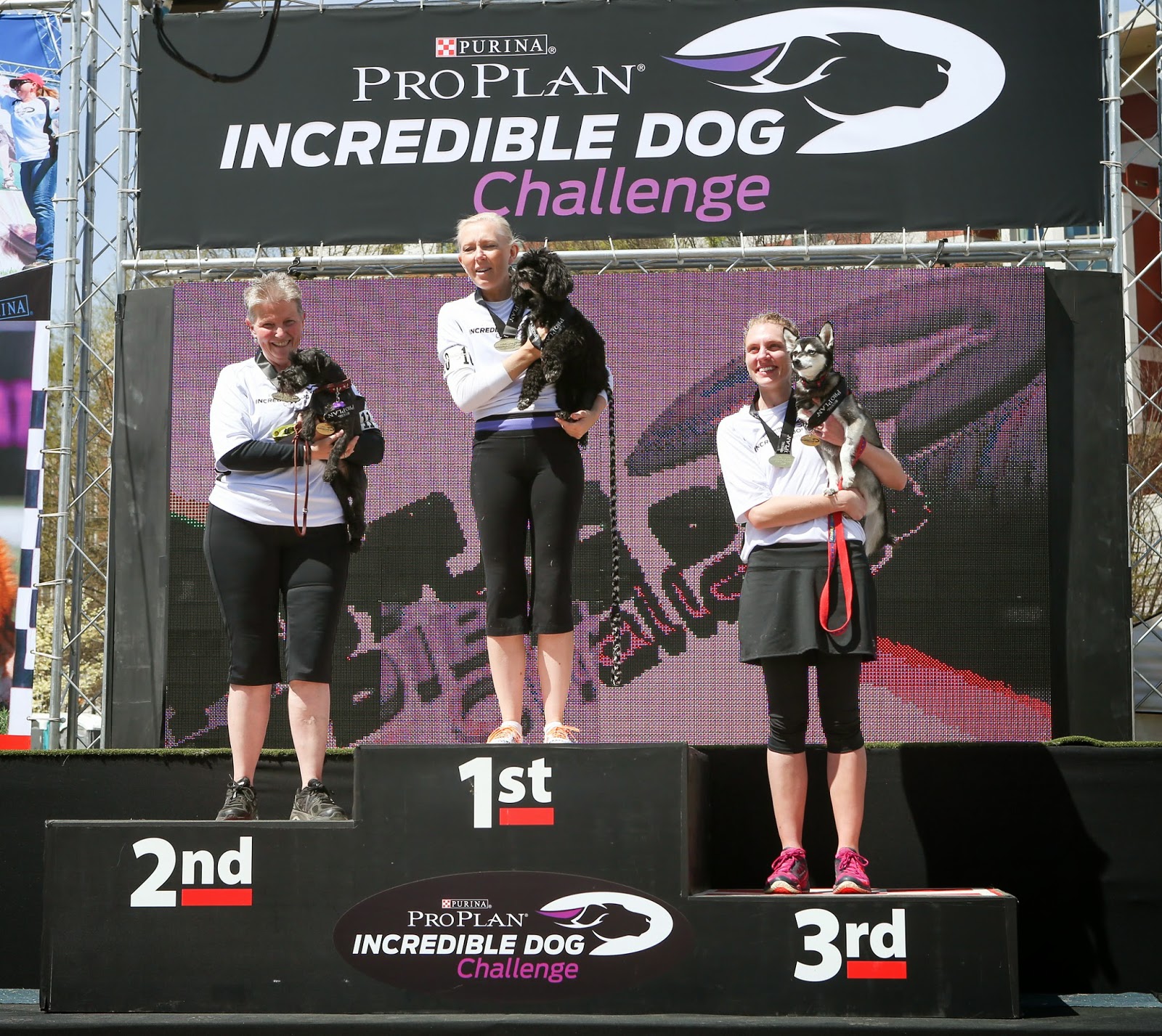 Camera crews, sounds guys, little GoPros in her face - and Nari never batted an eye. She was even recovering from mange (still unable to really run full out or even run on the rubber contacts) and from a recent hospital scare and all she wanted to do was go out there and play! She is such an amazing girl.

Here are our runs and you also may get a chance to see us on TV.

It was one of the most amazing experiences I will ever have. And I cannot believe how lucky I am to have this little girl in my life. 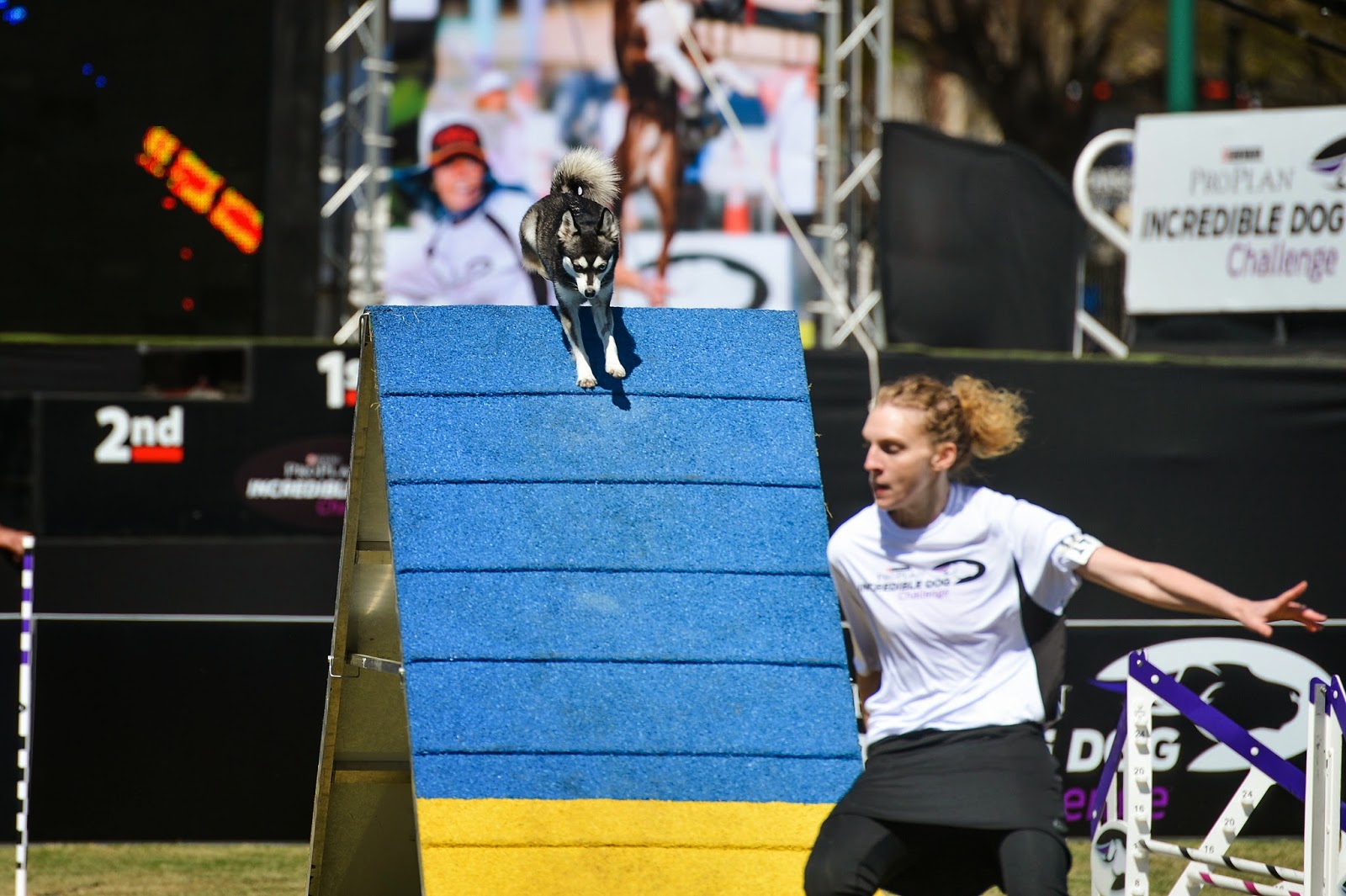