Nari at the MadCo trial in Crozet, VA

Okay - so in my last post, I talked about Starbuck's USDAA debut at the MadCo trial. Now it's time to talk about Nari!


Nari was also entered in this trial and she did quite well considering how muddy it was out there. Here are the highlights:
- Finished her first Masters title in a titling class - Standard Agility Master! It was kind of an ugly run because I was slipping, but hey - it was still clean and we had fun :)
- Got first place in Grand Prix so we also won a bye for regionals!!!
- Qualified in all 3 tournaments
- Got her second SuperQ in Masters Snooker


Here are a couple of her runs from the weekend:

Anna Eifert (she's on the Hungarian World Team) was there so we got to watch her amazing runs! Her partner was there taking pictures for the trial and when we came up to look at the photos, Anna was excited and said to me "You are the one with the Alaskan Klee Kai!" She thought Nari was so cute that she posted some of Nari's pictures on her personal facebook page! I had to run the comments through Google translate to read what people were saying. Here are the amazing photos we got of Nari (and you can check out more of their work at agility-gallery.com): 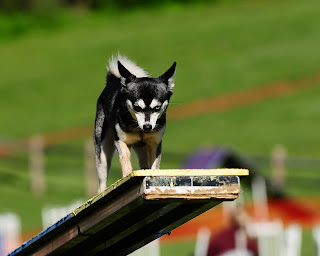 I love that she looks so focused on the teeter. 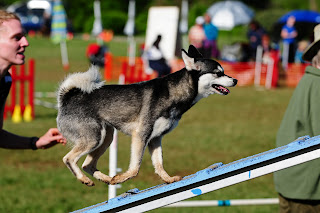 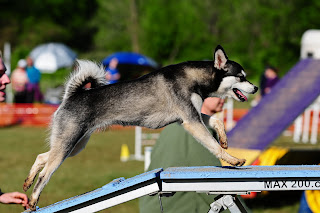 I think that dogwalk sequence has got to be some of my favorite pictures of Nari. 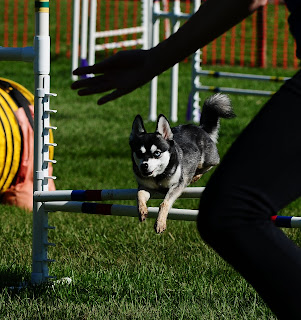 Nari rarely knocks a bar, but the start was in a huge mud puddle and she was sliding! The photographer made sure to tell me that I ruined this picture by stepping in the frame :) 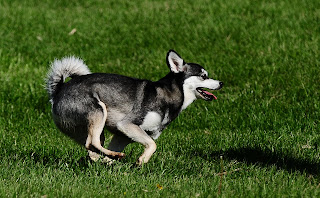 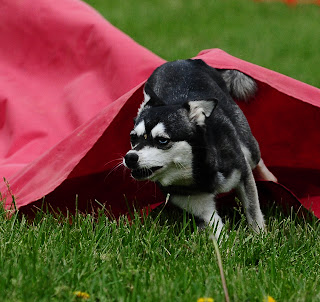 Can you see the spot of mud between her eyes? I don't know how she does it, but all the dogs out there could be covered in mud and she will only have a little on her paws and maybe a spot or two elsewhere. 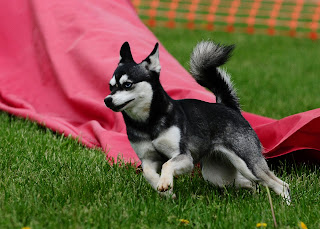 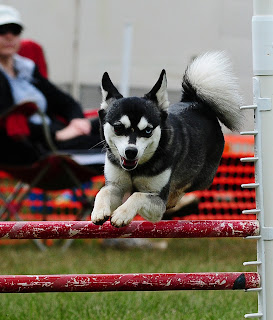 Nari was looking quite happy out there on the course. 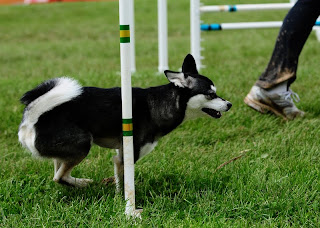 Nari seems to have fun weaving! 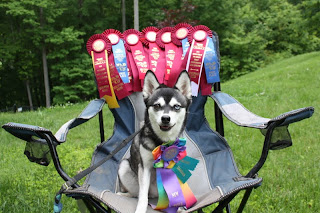 And that rainbow ribbon on her neck is for her Standard Agility Masters title. She got Qs in DAM (6th), Steeplechase (2nd), and Grand Prix (1st) tournaments. Also got Qs in Masters Snooker (Super Q, 1st), Pairs Relay (1st), Standard (2nd), Team Gamblers (2nd), and Team Standard (2nd).
Had a great time at this trial!
Posted by Steffi at 6:59 AM