C is for Cynosports!! Or as it's officially called - the USDAA Cynosport World Games. Nari was the first Alaskan Klee Kai to qualify for and compete at Cynosports and we had so much fun! Here are some pictures from our trip: 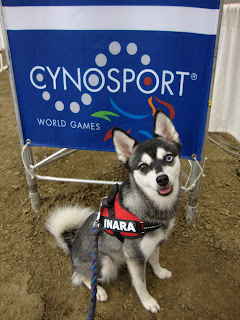 Nari was so happy and spent the whole week smiling. 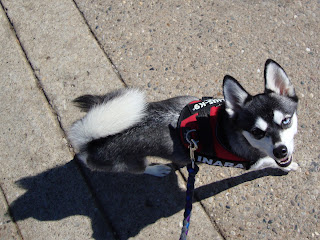 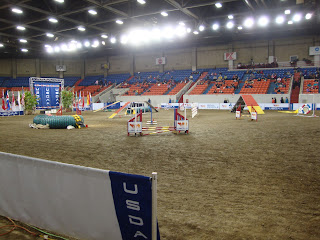 It was such an amazing experience to do the walk throughs in the morning to music with some of the best handlers in the world!
And with over 850 dogs, they had a huge building for us to crate in: 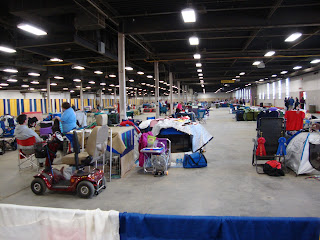 Nari enjoyed all of the shopping! Here is Nari checking out the donuts at the FitPAWS booth: 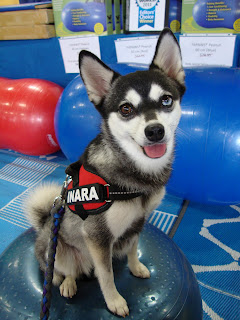 She looked so happy on that donut that of course I bought one for her :) There were some places that didn't allow dogs, but Nari always tried to sneak into the gardens. 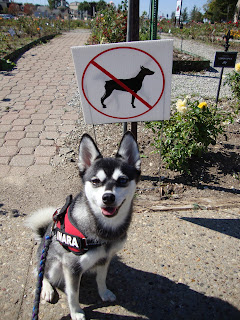 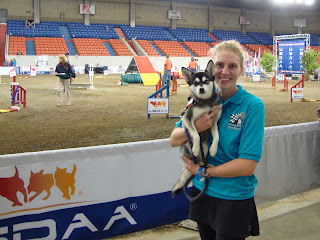 And Nari got lots of snacks she normally doesn't get at home, like sandwiches! 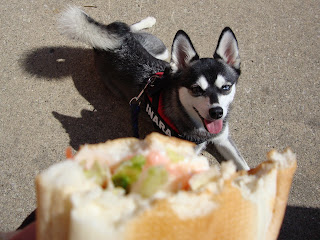 "I can haz sandwich??"
Nari had a blast and totally 'woofs agility'! 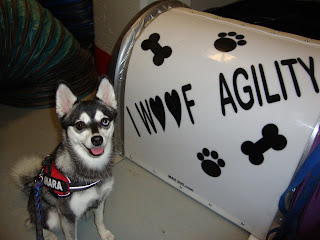 We had so much fun and got to see so many amazing handlers - there were lots IFCS and World Team members there it was crazy! And Nari even got to bark at Susan Garrett's Swagger because he was tugging like crazy right next to her :) And everyone LOVED Nari and thought she was the cutest dog there. One judge nick named her the "Alaskan Kit Kat"! 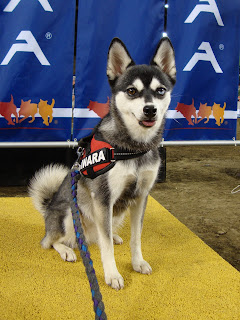 We even got to see one of our friends take 3rd place in the Performance Speed Jumping finals and our friend Jean even made it on the IFCS team with her amazing sheltie, Cheer!! Such an amazing week!!

Here is a video of some of our runs from Cynosports:
Posted by Steffi at 6:51 PM